1. The implements used (not otherwise unique to para-athletics) shall comply with IAAF specifications. Only those implements which hold a current valid IAAF Product Certificate of approval may be used at WPA Recognised Competitions (see Part B - 3.1.2).

The Para athletics Implement Weights lists are set out at Appendix One.

2. The weights of Implements listed in Appendix One and not otherwise identified by IAAF specifications must be verified by the Technical Delegate to confirm the implement is compliant.

Note: This refers to implements unique to para-athletics that are not documented within IAAF Rule 187 or related appendices.

4. No modification shall be made to any implements during the competition.

5. The following shall be considered assistance and are therefore not allowed:

6. The following shall not be considered assistance and are therefore allowed:

Athletes in Sport Classes F31-33 and F51-53 (i.e., quadriplegic athletes) use strapping or a glove on their non-throwing hand and anchor/attach that hand to any part of the throwing frame within the vertical plane of the throwing circle.

In the Shot Put, a portable circle meeting these specifications is permissible. Surface of Tie-down Devices (Sport Classes F31-34 and F51-57)

COMMENT: The throwing platforms are becoming more available and more widely used. It is most important to ensure that they are adequately secured to the ground so that even the largest and heaviest of athletes cannot dislodge them during the throwing action.

8. All Seated Throwing Events (Shot Put, Discus Throw, Javelin Throw and Club Throw) should be conducted from a circle with diameter of 2.135m±0.005m or 2.50m±0.005m, using a 34.92 degree sector. The rim of the circle shall be at least 6mm thick and shall be white. The use of movable platforms meeting these specifications is permissible.

9. In all Seated Throwing Events, it shall be a failure:

11. 11. The measurement of each throw shall be made immediately after each valid trial (or after an immediate oral protest made under Rule 50.5):

[Note to officials: for the purpose of interpreting this rule and other rules regarding the shape, dimensions, construction and other characteristic of competition equipment, the 'fundamental principles' set out in Part B 7.1 regarding 'Technology and Equipment' should be observed.]

Note: The structure of the throwing frame shall not impede the view of judges.

Note (i): It is understood that most materials will flex and distort to some degree under pressure and it will not be practical or economically viable to engineer a solution whereby all flexing is totally eliminated. However, flexing must not be clear to the naked eye and in the opinion of the technical officials the spirit of these rules and Part B - 7 is being breached.

Note (ii): The vertical bar may have layers of tape and/or any other suitable material to provide a better grip. The thickness of the tape or other alternative material must not result in any unfair advantage exceeding athlete's physical prowess.

COMMENT: There is no minimum or maximum length requirement for the vertical bar. The bar must be vertical however some deviation from "exactly perpendicular to the ground" may be permitted. The vertical bar may not protrude outside the throwing circle at any point.
The use of a plum bob will assist in determining if any part of the throwing frame or vertical bar is not in conformity with this rule when placed in the throwing circle or platform.
It should also be noted that at IPC Games and IPC Competitions a courtesy pre-check of throwing frames is conducted to enable athletes to make any necessary amendments prior to final check at the entry to the Call Room.

Note: Measurement will always take place without the athlete sitting in the frame.

5. Time Allocation for Securing Frames.
A reasonable amount of time will be permitted for an athlete's throwing frame to be secured in the circle before the athlete attains a seated position on the throwing frame. The maximum time allowed is for athletes to secure themselves to the chair and have as many warm-up throws as time permits is:

Note (i): Timing should begin at the time the chair is oriented, secured to the throwing platform and made available to the athlete to secure themselves into position.

If a tie-down device should break or fail during the execution of a throw then the overseeing official should:

1. In Seated Throw Events, all athletes (Sport Classes F31-34, F51-57) shall throw implements from a Throwing Frame in a seated position. The seated position is defined as follows:

Note (i): The intention of this rule is to minimise the contribution of the legs to the athlete's performance.

Note (ii): If an athlete presents with anatomical limitation that prevents adherence to the above requirements, then an assessment shall to be made by WPA in advance of the event. WPA shall establish a process for such exception to be granted so that the athlete is throwing within the spirit of the rules. 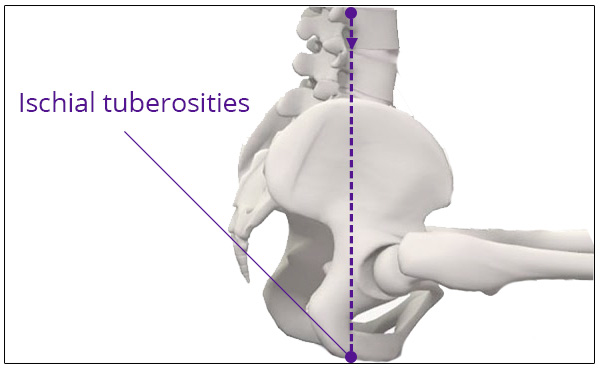 2. An athlete shall commence his trial from a stationary seated position.

3. It shall be a failure if an athlete moves from the seated position from the time the athlete takes the implement into the starting position of the trial until the implement has landed.

Note: It is not a failure as long as any part of the back of the knee is in contact with the seat during the throwing action until the implement has landed.

COMMENT: It is important to note that if one or both knees slide forward and lose contact with the seat surface during the throwing action, it shall be considered a failure.

For Seated Throw Events, it is recommended to allocate the available officials as follows:

1. The Chief Judge will watch over the whole of the event.

2. Two Judges checking whether the put has been made correctly, observing if the knee "slides forward" off the seat cushion and measuring the trial. One must be provided with two flags -white to indicate if the trial is valid and red if it is a failure. When the put has been measured, it is advised that the judge stands in the circle holding the red flag, while the implement is returned and the landing area is cleared. A cone may be placed in the circle instead. (In some competitions this position is assumed by the Chief Judge of the event.) Where EDM is not in use the second judge should pull through and hold the measuring tape in such a way that it passes through the centre of the circle.

3. Judge immediately after the throw placing a marker indicating the point from which the trial is to be measured.

4. Judge positioning the spike/prism at the point where the marker has been placed ensuring the tape is on the zero mark.

5. Judge in charge of retrieving the implements and returning them to the implement stand or placing them in the return chute.

6. Judge - a recorder scoring the results sheet and calling each athlete (and the one who is to follow).

7. Judge in charge of the scoreboard (trial-number-result).

8. Judge in charge of the clock indicating to the athletes that they have a certain time to take their trial.

9. Judge in charge of athletes.

10. Judge in charge of the implement stand.

Note (i): This is the traditional setting-up of the officials. In major competitions, where a data system and electronic scoreboards are available, specialised personnel are certainly required. To be clear in these cases, the progress and scoring of a Field Event is followed by both the recorder and by the data system.

Note (ii): Officials and equipment must be placed in such a way as not to obstruct the athlete's way nor impede the view of the spectators.

2. Construction. The Club shall consist of four main parts: a head, a neck, a body and an end. The head, neck and body shall be solid and made of wood so as to constitute a fixed and integrated whole. The body shall have fixed it to a cylindrical end constructed of metal without indentations, projections or sharp edges.

3. The surface of the head, neck and body shall be smooth and have no dimples or pimples, grooves or ridges, holes or roughness.

5. It shall conform to the following specifications:

Strive Recreational Therapy provides adaptive recreational and consulting services for individuals with disabilities. Our certified team of recreational therapists organizes outings, sporting events and more to improve the quality of life for our clients.